Sarah was born and raised here in the Cleveland area residing in Lakewood, Ohio. She began dancing at the age of 3 absorbing knowledge from many instructors at different studios shaping her into the teacher and choreographer she is today. Learning from many studios, she understood the importance of ballet training, as it is the base for all of dance, extending her schooling at Ohio Dance Theater and The Beck Center for the Arts. Sarah attended John Carroll University majoring and receiving her degree in pediatric psychology while working full time, where she fell in love with educating her students, sharing her passion for dance. Due to her commitment to dance, she has received many competitive high score awards, dancing and teaching, and loves to see her students strive to do their best. Having 20 years of dance experience, Sarah is thrilled to pass on her expertise with all of you!

A former dancer with Ohio Ballet in Akron, Richard's association with that company began in 1988. He later became ballet master and director of company touring. Richard has served as artistic associate for Hubbard Street Dance Chicago.

He currently is associate director for Verb Ballet in Cleveland.  He served as artistic director of Ballet Western Reserve in Youngstown and the artistic director of Great Lakes Festival Ballet in Warren, Ohio. Richard has also directed Boston Ballet II and was a soloist with Boston Ballet for eight years.   At age 15, he joined the Pasadena Dance Theatre and was awarded a National Endowment for the Arts Emerging Choreographer Award for a work premiered by the same company. He performed in the PBS television production of “Frankie and Johnny” with the Chicago Ballet and danced principal roles in Asian, European and American tours with Rudolf Nureyev and the Boston Ballet. In addition to an extensive dance career, including principal and soloist roles with Ohio Ballet, Boston Ballet, Honolulu City Ballet, various regional companies and Chamber Dance Theatre in Milwaukee, where he was also artistic director, Richard has adjudicated four Regional Dance America festivals held throughout the United States. He received his Master of Fine Arts degree in Contemporary Dance from Case Western Reserve University in 2005.

Laura (Bires) Licek is the sister of Lisa and Tricia. She has been dancing with them for as long as they can remember. Laura’s leadership skills were shown at an early age when she was often the director and choreographer in many homemade musicals and family productions. Laura received here training at Linda Diamond’s Academy of Dance in Youngstown, Ohio where she was not only a student, but a teacher as well. Laura received additional training at conventions such as Tremaine Dance Convention, West Coast Dance Explosion and Dance Educators of America.

Laura’s specialty is working with the youngest of dancers as she has two children of her own. She connects with the little ones and has a way of bringing out their best! RDA is excited to have such a caring teacher and role model for our young dancers.

Together, sisters Lisa Bires and Tricia Bires hope to energize and inspire their students, not just by themselves, but with their amazing staff. The directors selected each teacher for the unique style and presence they bring to the classroom ensuring students are receiving well-rounded training at all levels.

Dancing since they could almost put on shoes, each director has developed a style of her own. When combined, their styles have resulted in numerous awards throughout the studio’s history. They most recently won Starquest Apogee Award 2016, IDA Peoples Choice Award 2016, Applause Top Encore Studio 2015, Onstage Junior and Senior Critiques Choice Awards 2015, Starquest National Choreography Award and 1st Overall Champions 2014, FDC People's Choice Award 2013, KAR Teachers of the Year 2012.​

Lisa originates from Linda Diamond's Academy of Dance in Youngstown. She began her professional training in Los Angeles at the age of 19. Lisa was a scholarship student at the Joe Tremaine Dance Center and also trained at the Professional School for the Arts and the Edge Performing Arts Center. 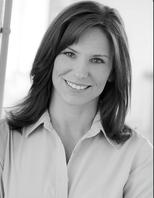 ​Students become an active part of the teaching process through participation in learning games, question and answer, demonstrating steps, displaying their own choreography, and assisting other classes. Students are also rewarded in various ways for learning, practicing, and participating in the classroom. This teaching style allows students to be themselves, build self-confidence and become creative.

​RDA is a family owned business with over 40 years experience in the dance industry.  Siblings Lisa, Tricia and Laura all work closely together with their mother Patty to create a studio that has a welcoming and supportive environment, allowing students to reach their full potential.

​The focus of Revolutions Dance Academy is to provide professional dance training while creating a positive and nurturing atmosphere. Students will be inspired to perform as they develop skills, build self-confidence, and meet new friends.

Orlando is a NEW ADDITION to our RDA teaching staff and we are excited to have him this season!  He is an seasoned performer and instructor in all areas that encompass hip hop.  Orlando Mercado (aka X-Factor) was born in Mayaguez, Puerto Rico. He has been dancing since the age of 15 and focused his training in Hip Hop choreography and freestyle. Orlando has trained with multiple instructors from Cleveland and Columbus including former member of the Cleveland Cavaliers Scream Team Daisun Santana (aka Bz Brooks). Not only is Orlando a seasoned instructor, but he has also shared the stage with such artists as Montel Jordan, Flo Rida, Biz Markie and MGK.  Local artists include K. Davis, Bori Q, J Jigs and Jonathan El Romantico.   In January of 2017, Orlando founded Limitless.  Currently he is the CEO and continues to brand his company.  “X Factor” is well known in hip hop community and is a former Cleveland Cavaliers Scream Team Member.  RDA is excited to add Orlando to our growing faculty!

Tricia originates from Linda Diamond's Academy of Dance in Ohio where she was a faculty member and assistant to the director. Tricia continues her training as a teacher and choreographer and recently attended the Dance Teacher's Summit in New York. She gets her inspiration from studying with professionals such as Anthony Morigerato, Nick Bowman, Mike Minery, and Laurie Johnson.

Brittany Kaplan is from Independence and is an original RDA student, now faculty member. She began studying dance at age 8.  She received her Bachelor of Arts degree in communication disorders and dance from Baldwin Wallace University. During her time at BW, Brittany had the opportunity to study under Sara Whale and Gregory Daniels. She choreographed and danced in the BW dance concert Fyoo zh en: New Music and Dance.  She also had the opportunity to take master classes by many well known choreographers such as Travis Wall, Mandy Moore, and Kent Boyd at Hollywood Vibe, NUVO, and JUMP. Brittany also takes charge of the BLAST dance team at Cuyahoga Valley Church. She is also the dance coach for the Honey Bees Dance Team at Brecksville-Broadview Heights High School. Currently, Brittany teaches residency dance classes at Art Sparks throughout the Cleveland and Akron area. 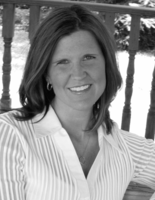 Somaya, contemporary, ballet, lyrical teacher and choreographer at Revolutions Dance Academy.  She began her competitive dance training at Spotlight Studio of Dance in Millersville, Maryland at the age of 12 and continued until she graduated in 2012.  During her time at Spotlight Somaya trained with renowned teachers and award winning choreographers in different styles of dance including jazz, ballet, contemporary, tap, and lyrical. This included Master classes with Denise Wall, Travis Wall, Rasta Thomas, Stacey Tookey, Destini Rogers and Ivan Koumaev, to name a few.   Under the tutelage of Spotlight Artistic Director Winnette McGovern, Somaya won numerous regional and national competition titles and scholarships, including Miss Dance of the United States (USTD) and Miss Dance Educators of America (DEA). Somaya studied at Point Park University Conservatory of Performing Arts as a jazz major.  She has taught and choreographed for competitive studios for the past 4 years and has won choreography awards while her students have won numerous technical awards.  She has also served as a judge and teacher for dance competitions and conventions.

In September 2016 Somaya became an NBA dancer for the Cleveland Cavalier Girls Dance Team for the 2016-2017 season.  Born and raised in Odenton, Maryland, a tiny suburb of Baltimore, MD, Somaya currently resides in Westlake, OH with her young daughter. She is delighted to be a part of the Revolutions Dance Academy family.

RDA alumni Lauren Helton is joining us as a guest teacher this season!  A full bio is soon to come! Welcome back Lauren!